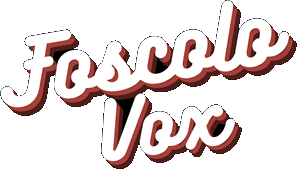 Black Lives Matter ,a social and political movement,  deals with racism, injustice and inequality towards Black people around the globe. Their concern is to eradicate white supremacy and privilege but mostly to stop the power abuse from white policemen on  Black people. The movement was founded back in 2013 as an online campaign, using the hashtags #BlackLivesMatter after the tragic homicide of the teenager Trayvon Martin on the 26th of February 2012. One day , Trayvon ,  a simple African-American teenage boy, on his way home, unfortunately met  a certain George Zimmerman, a Hispanic-American member of the community vigilance.  He reported Trayvon as “suspicious” to the local police, and even though the police instructed him in doing nothing, he followed the teenage boy, got into an argument with him and eventually killed him.

When the police arrived , Zimmerman justified himself saying that he had  shot Trayvon in self-defence. They didn’t even take him to trial, because they believed in his innocence, but thanks to the media in the end he was sentenced to second-degree murder and manslaughter in 2013. The movement got stronger after two other killings of two unarmed Black men: Eric Garner, killed by a white policeman who used a prohibited chokehold, and Michael Brown killed by 6 bullets of which 2 founded in his head, even if he  had succumbed.

All these unjustified deaths along with the murderers being free led to different and very large protests in the name of The Movement Black Lives Matter, which got the attention of international media.

But if you think about it, it is heartbreaking that this movement has to exist. Nobody should be afraid of going out just because some freaks might shoot you for your skin colour, or because they think they’re “superior”. It is abnormal!

And  even sadder ,it  is that even recently hate crimes have been happening, let’s not forget George Floyd, who choked  in March 2020 with an agent’s knee at his throat, Breonna Taylor, killed during a police raid in her apartment, Ahmaud Arbery, killed because 2 white men thought he was a robber, Daunte Wright, killed by “accident” while stopped for a traffic violation, Philando Castile, shot during a traffic stop.

These are not even half the names of people who have been killed by figures that are supposed to protect us.

Don’t forget their names, let everyone know them.